On Philosophy's envy of her four sisters (series: notes to myself) 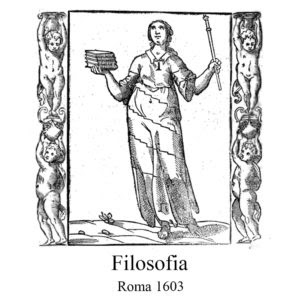 Philosophy has four sisters: Mathematics, Poetry, Religion, and Science. She envies all of them.
She would like to be as powerfully abstract, and rigorously demonstrative, and practically useful, and timeless ... as she believes Mathematics to be.
But failing, she ends up calculating the qualitative, formalising the undefinable, inferring the trivial, and missing the obvious: useless, empty, self-referential.
She would like to be as delicately perceptive, and existentially fine-tuned, and meaningfully profound, and experientially rich ... as she believes Poetry to be.
But failing, she ends up blathering obscure intuitions, prophesying in an esoteric language, playing with words while disrespecting facts and reasonings, obsessed with invented etymologies but oblivious of actual meanings: unhinged, nonsensical, unaccountable.
She would like to be as methodologically driven, and systematically explanatory, and epistemically foundational, and progressively cumulative ... as she believes Science to be.
But failing, she ends up being factually biased, logically hairsplitting, stuck in her ivory tower, entangled in pointless formulae and abstruse thought experiments: unanchored, arrogant, irrelevant.
She would like to be as compassionately consoling, and spiritually elevated, and otherwordly revelatory, and ultimately salvific ... as she believes Religion to be.
But failing, she ends up pontificating, acritically dogmatic, culturally parochial: untenable, intolerant, unquestionable.
Only when she stops aping her sisters can Philosophy succeed as conceptual design that answers fundamental questions that are intrinsically open to informed, rational, and reasonable debate.
Then, she can reason more deeply than Mathematics, to which she can show the foundations of logic.
Then, she can control language better than Poetry, to which she can show the grammar of thoughts.

Then, she can be more insightful than Science, to which she can show the critical understanding of any factual presupposition.

Then, she can be more ethical than Religion, to which she can show how to build a better world here.

Philosophy is the elder sister. She should lead by example, not follow her envy.

Only then, can Philosophy be in charge of the human project.

On the value of double negatives (series: notes to myself) 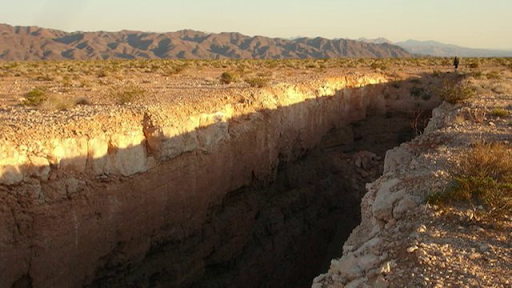 I grew up as a classic logician. "Classic", not as in "typical", but as in "logic based on the classic assumptions of the principle of  bivalence  and the law of excluded middle ".  Everything used to be either true or false. If something was not true, then it had to be false, and of course vice-versa: p or not p , nothing else, with not-not p just being equal to p .  Disproving not p was equivalent to proving that p . If you think of it, it is quite a smart but  strange way of reasoning . Like proving that you are healthy by assuming that you are sick, then running a whole series of deductions, showing that they all lead, inevitably and necessarily, to impossible conclusions, and hence inferring that the premise must be false, thus finally concluding that, since you are not sick, you must be healthy after all. The trouble is that you still have no idea about how or in what sense you may be healthy. For related reasons, when I was young, I was not fond
Read more 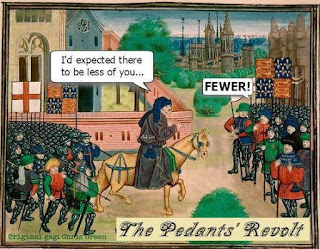 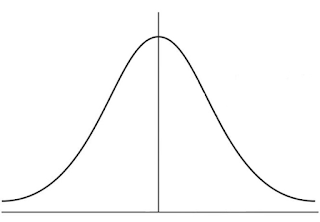 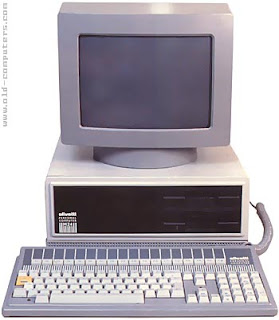 On thinking (series: notes to myself) 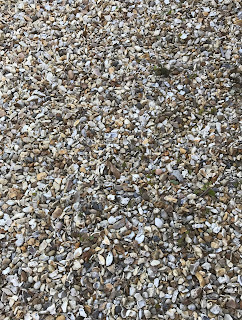 The only drug I know. The most powerful of all. It’s thinking.  The rite begins with the search for silence. Not the absence of sounds. No. Mental silence. That powerful quietude that silences the world. On an airplane or at a meeting, it does not matter. If you know how to create that mental silence, the world may be screaming  at you, and you would still not hear it.  Once open, your mental silence is where ideas can overcome their shyness and begin to whisper, ever so gently. You left sweet readings to attract them, tempting conversations to make them feel at home, comfortable bits of learning so that they can rest. They may accept your invitation, if you are gentle. The sharp ear must be patient. Whitish lights appear in the grey area prepared to welcome them. You have to let the fragile points become luminous lines of significance and consequence. They may leave at the smallest sign of impatience. No abrupt movement of reason, no logical shouting.  You may invite ideas, but you ca
Read more

On choosing a new book for the nights (series: notes to myself) 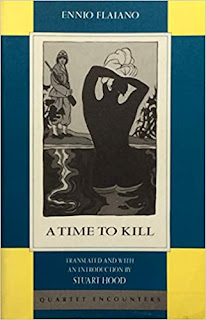 The work of an academic: read, write, speak. By oneself. With others. Privately or in public.  Three kinds of actions, no different from any other job today. But as life progresses, some success leads one to read less and write more, and then speak more than one writes. The successful academic becomes a speaker, perhaps a keynote speaker. From being an academic to being a dubious guru of some sort, blathering about anything, opinionating on everything, the escalation is quick, the risk of repetitive emptiness becomes a reality.  So, you know that you have to withstand the current, resist the temptation, avoid the easy path. Speak less, write less, read more.   Read more, but not of what must be read: the report, the thesis, the article to review, the draft to correct, the data analysis needed for the next piece of work, the text of some regulation, the commentary of an expert, an excellent op-ed unmissable, the dailies and the weeklies, the peer-reviewed paper, the academic monograph,
Read more

On reading "In Search of Lost Time" (series: notes to myself) 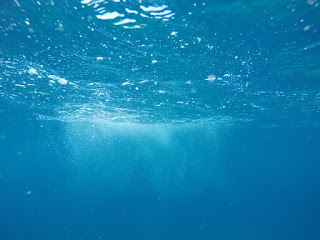 For a long time now, I’ve been going to sleep late, thinking about reading Proust.   A paraphrasis, of course. But the enterprise has begun. Thanks to a birthday, and a wonderful present from Kia. It takes courage to read In Search of Lost Time . Not for the length of the journey. Admittedly, it is long. The edition I choose is the Italian translation by Giovanni Raboni, probably the best available, with some occasional glimpses of the original French, when I am more curious than lazy. It consists of 1174k words, but no, this is not the problem. The audiobook says that it takes 97-107 hours to read. About 5 seasons of 20 episodes each on Netflix. Totally doable.  What is daunting is the diving into a world so distant in time and yet so intimately, so closely familiar. The relentless, merciless, tireless pursuit of the nuances of human experience, chased at ever more profound levels of scrutiny. Recollections unveiling more recollections, understanding the understanding, showing further
Read more

The ethics of WikiLeaks

- December 08, 2010
The Wikileaks phenomenon is intricate, but suppose we reduce its ethical evaluation to two questions: is whistleblowing ethical, even when motivated by resentment and the desire to harm its target? And is Wikileaks’ facilitation of whistleblowing ethical, even if it might put at risk innocent people? A deontologist, convinced that telling the truth and never lying is an absolute must, is likely to appreciate whistleblowing as the right thing to do, independently of the reasons behind it. And a consequentialist may support Wikileaks as a means to maximise the welfare of the largest number of people, especially if risks are minimized by censuring sensitive information. So current answers in the mass media seem to converge: Wikileaks is a good thing. I am not entirely convinced. Confidential communication is a three-player game – sender, receiver and referent – in which sender and receiver trust each other. The receiver, not the referent, trusts and holds responsible the sender f
Read more